Congratulations to the New SRPE President and Treasurer

My name is David Hardwick and I am excited to be the SRPE President-Elect.  I grew up in central Illinois, where I graduated high school, and joined the US Army to pay for my Radiology School. I graduated in 1994,  from a hospital-based X-ray program in Bloomington Normal, IL. Soon after, I went to work as a staff technologist at Bromenn Regional Medical Center. Throughout the years, I worked in every department with the exception of Nuclear Medicine. In 1995, I read an article about James Abraham and his RPA journey and was hooked. I had to do that.  I received my initial BS degree, while I worked the 3rd shift in CT at a level 1 trauma center, and continued my own journey toward my goal.

Between 1995 until 2005 I sponged up all the clinical experience I could toward my goal. I did everything from IR, Cath Lab, CT, and radiography. I also held multiple Radiology management roles to include the Executive Director of radiology.

In early 2006, I was accepted to Weber State University and started my RPA journey. Under the direction of Jane Van Valkenburg, Robert Walker, Diane Newham, and Diane Kawamura, I graduated with honors, as the Weber State Student of Year in 2008. I started working for Lakeland Radiology as their first RPA. It was an eye-opening experience to be one of a few working RPAs in the state of Illinois. My first year was spent developing policies and procedures to set precedent in the clinical sites I practiced in. From 2010 to 2013, I worked at a level one tertiary care center in Springfield Illinois, primarily IR with a healthy scattering of fluoroscopy, for Springfield Radiologists, which would eventually merge with Central Illinois Radiology Associates.

In 2014, My wife Shaunda and I moved to Georgia, and I worked for Cancer Treatment Centers of America. In 2015 I earned my Master's Degree from Weber State University.  Soon after, I accepted a position as Executive Director of Imaging Services for the largest and busiest radiology department in the Southeast United States, Grady Memorial Hospital.

In 2018, I was hired as a radiology physician extender for Rome Radiology. In my current role, I manage our RA crew of 4.

Since 2007, I have been a part of the SRPE conference committee, and the conference committee chair since 2016. I was V.P. for Wade Carrington and Jason Barrett, and have met so many fantastic folks throughout the years and look forward to working with the board and MAC to bring legislation to fruition.

I will be tireless, dogged, and focused on the betterment of the radiology physician extender.

I live in Rockmart, Georgia with my wife Shaunda, who is also a radiology physician extender. Our family includes our 5 adult children, Benjamin, Quade, Morgan, Lucas, and Paige.

Since my introduction to radiology, my passion for the profession has not been deterred. Even amongst the negativity and growing pains, I remain optimistic. I respect and admire those who have come before me and those still in the trenches, tirelessly fortifying our profession. They have inspired me to better myself by contributing to the advancement of the Radiologist Assistant profession.

I reside in Tampa, FL, where I was the first to establish the RA profession and credentialing within the Advent Health Systems West Region. I obtained my bachelor's in medical science with a minor in medical science education from Emory University. I am a graduate of the Unversity of North Carolina RA program and am currently in my second year of a three-year Doctorate in Business Administration program.

If elected to be the SRPE Treasurer, I will continue to advocate for our legislative agenda and educate other providers on the importance of the inclusion of the RA in a Radiologist-led team. I will work tirelessly to pursue RA billing reimbursement via legislative and non-legislative mechanisms and champion for support and formal recognition of the profession from as many professional organizations as possible.

David and Rosevelt will begin their terms on January 1, 2022

Registration for the 2022 SRPE Educational Conference

Medicare Access to Radiology Care Act 2021 (MARCA) has been introduced!

MARCA would amend title XVIII of the Social Security Act to provide for payment for services performed by ARRT and/or CBRPA certified radiologist assistants to supervising radiologists under the Medicare program.

MARCA will ensure that regardless of the setting in which the service is performed, hospital, critical access hospital, ambulatory surgical center, or any other facility setting, that complete Medicare reimbursement is paid to the supervising radiologist. 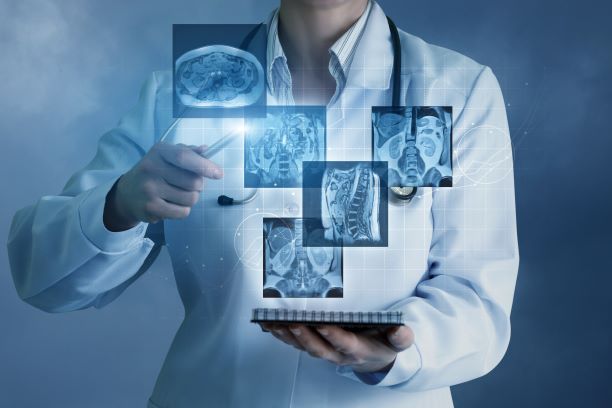 Become a member of the Society of
Radiology Physician Extenders

There are no up-coming events